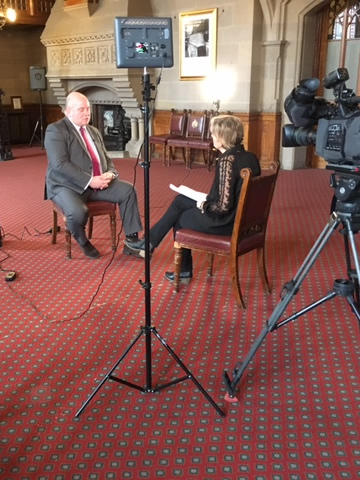 .. is headed up by award-winning journalist and film-maker Alison Tarpey who began her career in newspapers.

She was awarded the Russell Harty Memorial Scholarship and studied for a post-graduate diploma in Broadcast Journalism at the University of Central Lancashire, gaining a Distinction.

She joined BBC local radio as a news reporter and went on to work as an on-screen journalist at ITV Granada. During her time with ITV she was appointed Regional Affairs Correspondent and was the youngest Political Correspondent to be based at Westminster.

She became Senior Producer, Current Affairs, devising, scripting, producing and directing many of the channels' most popular programmes including 'The Way We Were'.

In 2005 Alison left ITV Granada to set up her own creative services company.

ARTNOIRE works in partnership with a network of talented associates to deliver an extensive range of specialisms.