Life on the Home Front in North West England 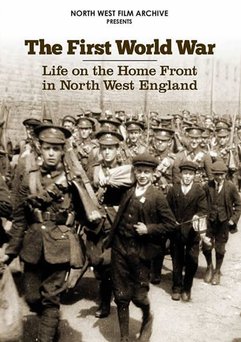 Our latest film project marks the centenary of the First World War.

This documentary has been scripted and produced by ARTNOIRE for the North West Film Archive.

From industrial toil in the years leading up to the outbreak of war, to key events during the hostilities, BAFTA nominated actor Maxine Peake takes us on a fascinating journey into the past. Drawing on rare archive footage we feature amongst others, the Accrington Pals, the Lancashire Fusiliers and the Cheshire Regiment as they prepare for active service on the Western Front.

Click on the image to see a trailer for ‘The First World War – Life on the Home Front in North West England’.

Copies of ‘The First World War – Life on the Home Front in North West England’ can be purchased from the Imperial War Museum shop.